Customer satisfaction is our goal and we’re committed to delivering a business that offers a truly world class service.

Jacqui is one of the founders of Global Image Sports, assisting with our overseas travel, residential camp events, and company administration. She provides a wealth of knowledge on school and club soccer from a parents perspective in the USA, with three of her four children having played to a high level at both club and high school, including a National Championship for her son with his Under 17 team.

Both her son and eldest daughter have also played Division 1 US College Soccer. Jacqui assisted Greater Atlanta Christian School with their first UK soccer trip back in 2001, and now utilizes her experiences dealing with both the players and parents for GIS. Being a parent herself, Jacqui fully understands the need for good communication with parents particularly when their children are away from home. She provides a personal touch to our events that we strongly believe make us unique from our competitors. 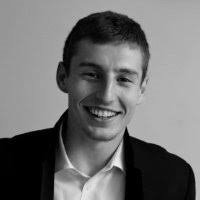 Stewart became part of the GIS team in September 2016. His past experiences in China and with US college based soccer make him the perfect individual to assist GIS and its network of clients and customers with expanding their operation into Northern Asia. He also provides support, guidance and a managed service to players from across the world who want to pursue a world-class education in a North American University as part of a wider aim to continue to play competitive soccer.

Stewart graduated with a Bachelors of Science in mathematical economics and a minor in Chinese from the University of Alabama Birmingham, which included a stint at Minzu University in Beijing China. Before University, he was offered a professional contract at Sheffield Wednesday F.C. but decided to pursue a university degree instead. He received a full scholarship to play at the University of Alabama, Birmingham, Division 1 men’s soccer program, which resulted in him winning Conference USA in his freshman year and securing the 3rd most minutes on the team.

Our website uses various cookies. A cookie is a small file of letters and numbers that we put on your computer if you agree. These cookies allow us to distinguish you from other users of our website, which helps us to provide you with a good experience when you browse our website and also allows us to improve our site... Read more

The cookies we use are "analytical" cookies. They allow us to recognise and count the number of visitors and to see how visitors move around the site when they are using it. This helps us to improve the way our website works, for example by ensuring that users are finding what they are looking for easily. To learn more about how we control and process your data please visit our privacy policy If you do not accept the use of cookies parts of our website won't work without them. By using our website you accept our use of cookies.